The search engine giant Google, known for its colorful name and creative endeavors, has been convicted in French Court of infringing the copyrights of four artistic works and now faces fines upwards of $600,000, not including legal costs and attorneys fees. The plaintiffs in the case was made up of four entities who owned the allegedly infringed copyrights: a photographer, the producers of the movie Mondovino, and two other documentary filmmakers responsible for the films Armenian Genocide and the Clearstream

According to the plaintiff, "take-down" notices were sent to Google demanding that the copyrighted works be taken off their search engine and its "Google Video" component citing the alleged infringement. Although Google agreed to remove the content from their website, the works remained available, initiating further legal action by the plaintiff and involving the Court of Appeals in Paris. Google argued that monitoring individual internet posts to verify whether specific material appearing in a search result infringing copyright is a tedious, if not impossible, task. More importantly, it argued that such activity is ultimately not their responsibility. Google defended its position by citing Article 6 of the 2004 French act entitled Law of Confidence in the Digital Economy, which

The French protections are very similar to the safe harbor provisions of the U.S. Digital Millennium Copyright Act of 1998. But the Court of Appeals in Paris refused to give Google safe harbor under the law. Instead, in four separate decisions (three rendered on January 14, 2011 and one on February 4), the Court assessed approximately $600,000 in damages for what it called “préjudice moral” and infringement.

Google has appealed the decision with the highest court in France, Cour de Cassation, which acts strictly as an appellate court, and the prospects for Google on appeal look more promising as they begin process. In 2009, the Cour de Cassation ruled that the video hosting website, Dailymotion, was not liable for providing the film “Joyeux Noël” because the provider did not have "explicit knowledge" of the infringed material being on their website, basing its decision on Article 6 of the Law of Confidence in the Digital Economy. According to Article 6, three criteria must be met to invoke knowledge of infringed material, including specifically that “notifications should indicate precisely which content is alleged to be unlawful, its precise location on the website and the reasons why it is unlawful.” Google intends to use this ruling to their favor as they embark on a case that will likely become the first of many. 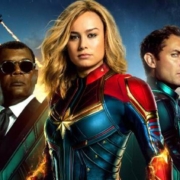 Marvel Comics and the Power of Licensing

The Truth Shall Set Us Free: Copyrights in Biblical Translations

SOPA and PROTECT IP: Is the Sky Falling on the Internet?

Origins of an Idea–Nothing New Under the Sun?

98% of all Statistics are Made Up on the Spot! Fact is, copyright infringement DOES kill jobs.
Link to: Entry with Post Format "Video"

Belmont University To Honor Peebles and International Entertainment Buyers ... The Utilitarian Idea of a Monopolistic Right in Intangible Property
Scroll to top